Friends with the Black Fiend?

In recent posts you have been following my quest to find a replacement horse for the farm. With the deaths of Bandit and Desley we were left with Brian’s horse Cobey as our only mode of four-legged transportation. 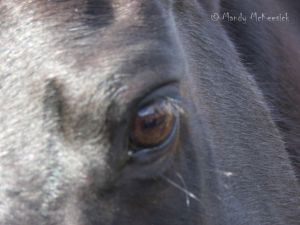 Then I went to the pub.

You can source almost anything at the Wallaroo Hotel and so it was that one night I was deep into negotiations over the potential purchase of a horse with one of the Coolatai Regulars. I asked the horse’s name.

“Buck” was the reply.

“Right” I said “well your sales pitch was going really well until that”.

However I did go and see Buck. Here was the Tiny Tim of my childhood. I mounted with the same gusto used for the 16 hands of Percy and nearly face-planted in the dirt on the other side – much smaller horse. Buck was cute and had a lovely nature but was just too close to the ground.

Then we went to a quarter horse sale. We didn’t buy a quarter horse but there was a special lot at the end of the sale: brown mare, white blaze, short tail, blue eye, touch of pinto. 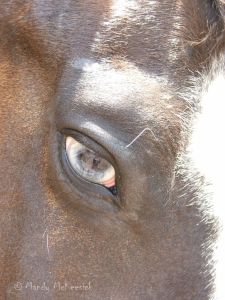 Sally came home with us. She was supposed to be my horse but Brian took her for a test run. Brian decided that he liked her; really liked her. He now had two horses. I still had none. 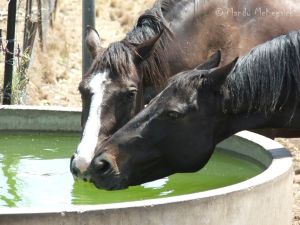 And then Brian came out with a line that is sure to become famous: “Oh you might as well ride Cobey. He has mellowed over the years and is just like a child’s pony now”.

Were my ears deceiving me? Here is the horse who has been known as the black shit, the black bastard and the black fiend.

Here is the horse bought with the warning “he has a bit of dirt in him”.

Here is the horse who can buck.

Here is the animal who plays dead and pinches roses and aerates the lawn by bucking and farting all over the place.

Well forgive me if I had reservations.

So what did I do? Well the first thing I did was go and buy a riding helmet.

Only then did I board the Black Fiend – good height, didn’t need a rocket launcher, didn’t face plant in the dirt on the other side, no farting around, he just stood there – and off we went and enjoyed a successful ride.

Several days later we went out for another successful ride, and so the pattern has continued.

After seven years CP (child’s pony) and I are becoming acquainted.

I have learnt that he hates swamps but will tolerate water if the footing is firm. He doesn’t bat an eyelid if a kangaroo jumps next to him but needs to take a wide berth around that fallen log. He rubs me up against a fire-blackened tree if I am not paying attention, and then giggles. He will poke around about as slow as a turtle until he sees a cow, and then he is ready for the job.

I tell him I don’t mind if he doesn’t buck. He tells me he doesn’t mind the lighter baggage on the saddle. We are getting along just fine. He also mentions that he has had a truly terrible PR rep for seven years.

Could this be the start of something grand? 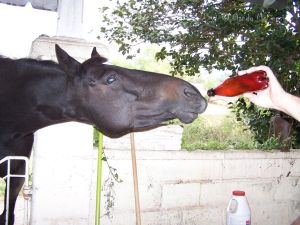 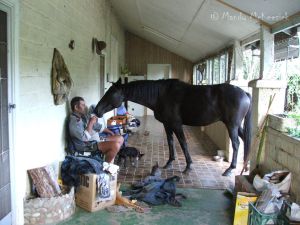 7 responses to “Friends with the Black Fiend?”